What Types of Injuries and Illnesses are Covered by California Workers’ Compensation? 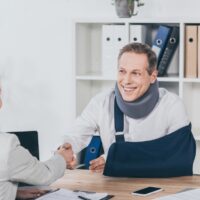 What Does Workers’ Comp Cover Generally?

In California, workers’ compensation coverage applies very broadly. Any injury or illness sustained at the workplace or while performing a job duty in furtherance of the workers’ job should be covered. Workers’ comp covers workplace accidents as well as illnesses sustained due to conditions on the job. With limited exceptions, coverage applies regardless of fault; even if a worker caused their injury through their own negligence, they are still covered.

Workers’ comp covers more than just the typical workplace slip and fall. Any injury or illness sustained at the office or as a result of performing workplace duties may qualify. Workers’ compensation covers, for example:

● Impact injuries that occur at work such as slipping and falling, getting struck by a falling object, getting caught in a piece of heavy machinery, or getting into any other sort of accident at work;
● Car accident injuries sustained while performing a workplace task, such as transporting a company product, driving a crane, truck, or another piece of company equipment, or traveling from one worksite to another;
● Overuse and repetitive motion injuries, such as carpal tunnel syndrome, back, knee, or shoulder injuries caused by lifting, turning, or carrying, or nerve damage;
● Viruses, disease, and other conditions caused by exposure to toxins at the workplace, such as smoke inhalation, asbestos, and radiation. Employees who contract the novel coronavirus at work should be covered as well;
● Psychological and emotional conditions, including post-traumatic stress disorder, anxiety, and other stress disorders caused by workplace conditions;
● Death benefits.

What Does Workers’ Comp Not Cover?

● Illnesses and injuries that pre-date current employment, even if they manifest during current employment. Injuries that were preexisting but which are made worse by job-related duties, however, such as an old back injury that is exacerbated by lifting boxes, may be covered.
● Injuries that occur during a worker’s private, non-work time. This may include injuries sustained during a lunch break, at company events, or even while traveling to and from their place at work. Injuries that occur on business trips, on the other hand, are likely covered.

Additionally, workers’ compensation may not cover injuries that an individual sustains as a result of their own deliberate and inappropriate behavior, including:

● Injuries sustained when a worker deliberately violates a workplace safety rule, such as by electing to consume alcohol or drugs while on the job;
● Injuries a worker sustains on purpose, such as by intentionally falling off of a ladder; or
● Other deliberate or illegal conduct, such as if a worker starts a physical fight.

If you’ve been hurt on the job in Southern California, get help securing the insurance coverage and other money damages you deserve for your injuries. Contact the efficient and effective Arcadia workers’ compensation lawyers at the Law Offices of Dulio R. Chavez II and Associates for a free consultation at 626-357-3303.